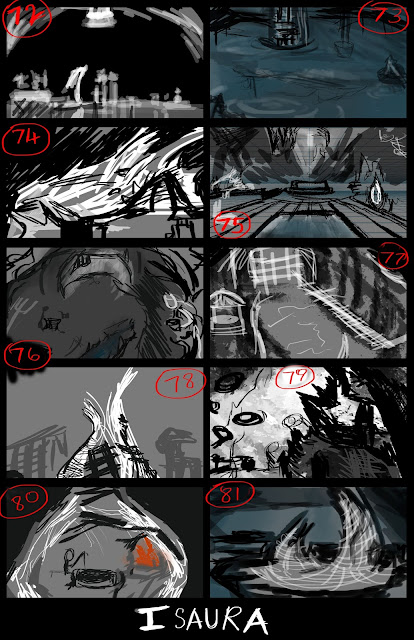 Isaura was a challenge to draw, perhaps more than the given cities which weren't described as clearly as others. The concept of Isaura was fairly clear, that it is built above a subterranean lake. What was difficult for me the design of wells, being clunky and fitting well for the fluid outline of city I wanted to go for, being a city over a lake, some design would be taken from the lake. For the inclusion of the ideas of religion brought up in the text, I added the idea of the statues of lake spirits holding buckets for an interior shot. I also wanted to make a unique design for the houses, which are like fishing nets and blob-like, after the iconic subterranean fish, the Blobfish.