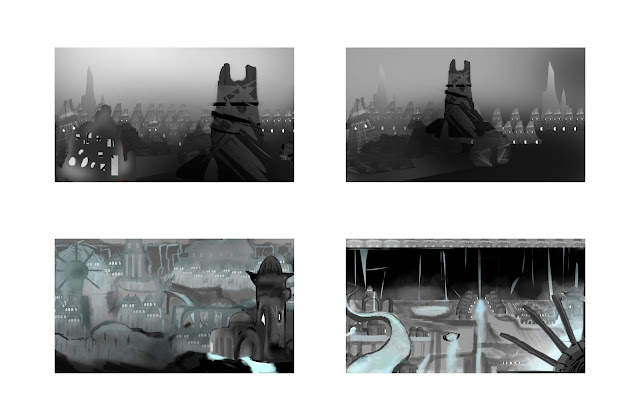 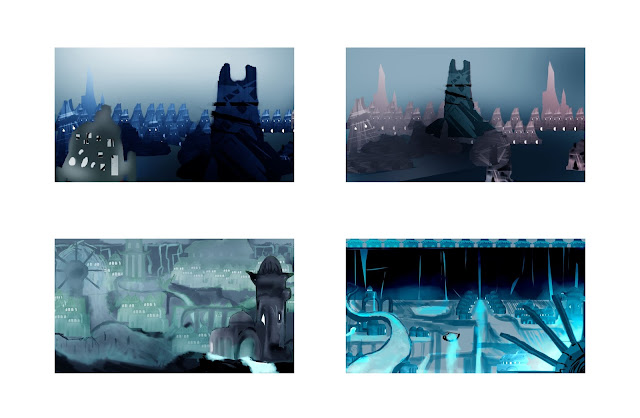 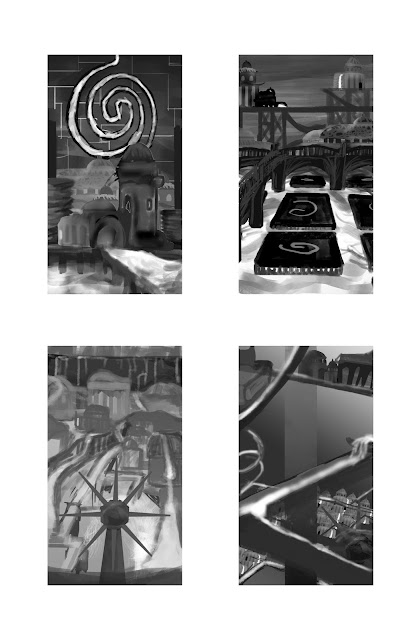 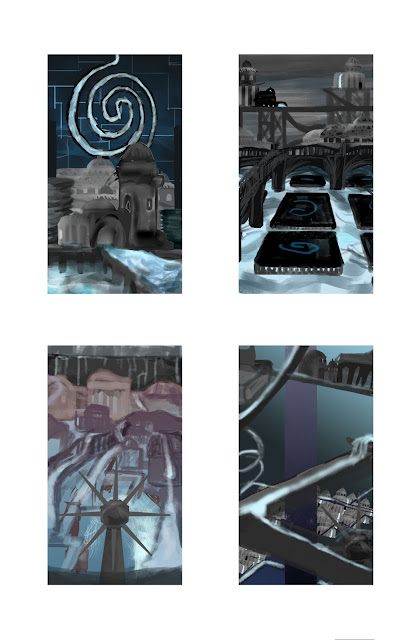 To get a sense of how the whole of the city is composed, the quick collages, made up of the houses and buildings from my buildings exercise, are really useful in getting around to my master shot, understanding the dimensions around the city. I tried out a few different design elements, settling with a few motifs if I liked their importance to the city. For Esmeralda, I wanted to show how the directions of the water is changed and how the citizens live and rely on it. Because of the many different travel routes and pathways, I wanted the city to be maze-like and mysterious in it's connection to the constant changing water, as well as a chaotic city life, whist still retaining a sense of calm.

I tended to use my buildings sparingly after a got more sense what the city looked like, as I wanted more of the waterways making up the city. It hard not to make the whole thing look over-loaded, so I added walls just to separate parts and place settings in a higher tier. I also tried to think about perspective and the composition of symmetry and what parts of the image to focus on, after learning about the rule of thirds and how to compose an image.

Another thing that was important in the composition is the colour, as it can effect the mood and the way the audience views the city. I wanted the city to be atmospheric and have constant shadow, but impressive and not too grim. I found that having just lighter blue and dark contrast was too flat, so I tried a few more colours to add more light and warmth as it looked too cold. What seemed to work was to give it a bright colour and a glow, but with some shadow and a touch more of the purple red colour. The grey shading on the buildings is less appealing.