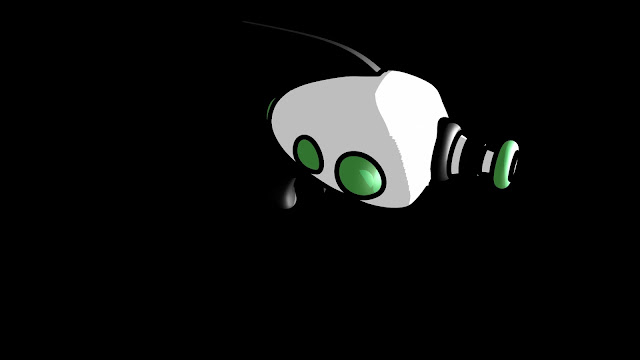 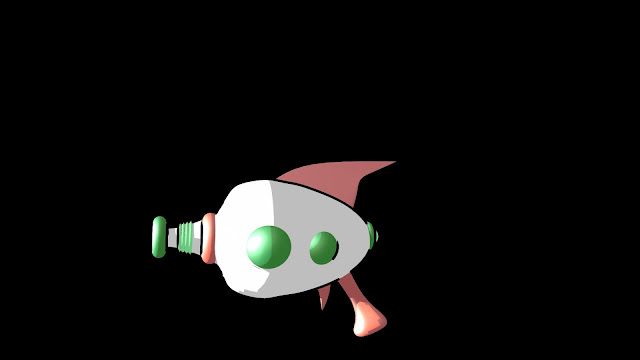 After the first Maya tutorial, creating and editing the shapes became easier for this tutorial. I had more trouble with the shading and outlining on the gun, as smoothing out the shapes to sub-divisions made the program lag and nearly crash because of the amount of polygons the program had to create. After rendering, I realised that the outlining and black background contrasted poorly with original colouring and shading, so I changed it. It looks a little rushed and there is less shading and outlining on the new render.

Email ThisBlogThis!Share to TwitterShare to FacebookShare to Pinterest
Labels: maya