After receiving feedback from my OGR presentation from my tutor, who recommended me to focus on bring in detail for the culture and civilization of the city I have been conceptualizing, I've been looking at better examples of how I think my city would run or work around a design element, though still keeping around the idea and non-negotiable influence Peter Carl Fabergé must have on my concept and production design. I have produced concept art for buildings, some interiors and a basic look of the city, so now if time to go into the production design aspect of the brief of What If? Metropolis. 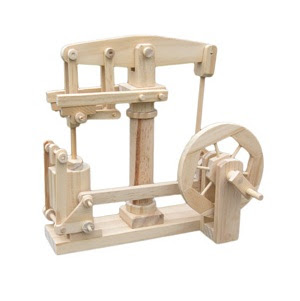 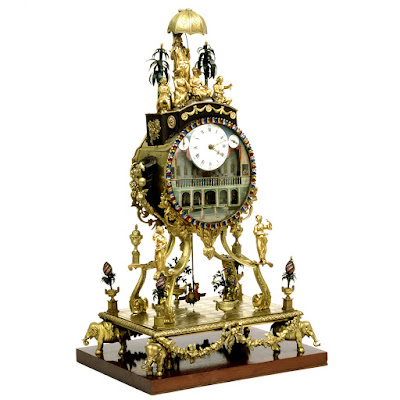 I want to show a city that is powered by automata, however in the examples of any Fabergé egg with this element, the automata is not shown. As a way of creating a believable concept, I could draw a deconstruction of a city scape in various layers, which shows the automata design underneath. As a way to properly animate automata movement, I need to watch this movement and how each piece moves. 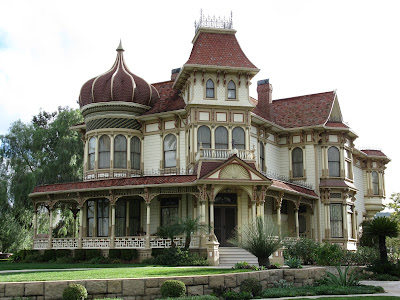 My city, which I named Zolotoy, after the Russian word for 'Golden' was inspired by Fabergé's nationality as a Russian, born in St. Petersburg. As he reached prominence in the later 19th century and early 20th century, my thoughts were mostly around this period of design, from buildings to transport. In terms of civilisation, I tended to lean on the castle and cathedral constructions from the eggs. This has helped me discern an accurate and interesting colour palette as research into these era photographs lead to black and white photographs, whereas Fabergé's work always has a distinctive range of specific colours brought on by natural colours and the material used. However, I want to bring in more domestic living as keeping to the same patterns would have me repeat myself and become too recognisable as real-life landmarks, since Fabergé is only supposed to be influencing my design. 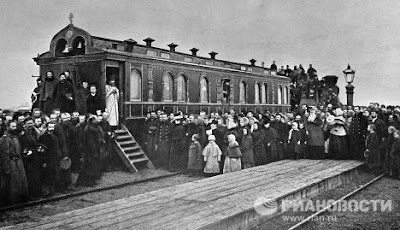 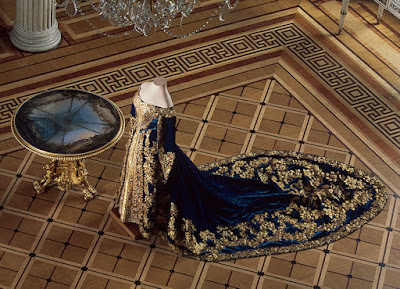 In this project, the city should have broader scope than just buildings. Our task is to set up the whole city, along with the civilisation and how it works. The most simple way to do this is to show the designs of the inhabitants and inventions they might of created based on the designs of Fabergé, and which character design would fit in a specific part of the city. I need to careful though, not to put too much detail in this, as it might draw me away from the main from the main focus of the project. 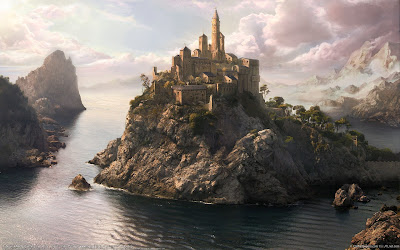 Another part of my advice was to move into focusing on developing matte paintings after working out a definitive design for the city. As I intended to make my city a full cityscape, I am planning on mapping out the placements and positions of various buildings. I need to also think about what sort of place the city is situated in, in terms of shots. I may need to show the outside approach to the city, or an overhead shot that shows the expanse of the city. The city is the focus however, and if I decide to draw a river or a mountainside, it needs to come from research to where adding these elements what be a natural choice from the design presented to by Fabergé. It would be easy to miss to main topic of the project if I kept looking at different sources.

Email ThisBlogThis!Share to TwitterShare to FacebookShare to Pinterest
Labels: Research, Space and Environment, What If Metropolis, year 1